There are a couple of updates;

II. There is some new random artwork floating around the site. An example is:

III. Lolosaurus has become even rarer than it was. :O

IV. There is a new help system on the sidebar. This is for use to ask for help or seek help from a moderator. The new help system is a great improvement over the old one!
Edit: Please understand that the help panel is there if you have problems which you can't find the answer to on the boards. Try not to abuse it by asking random questions (How long have X been here, magnets how do they work etc etc?)

V. Dinosaurs sold at the lab can either be babies or adults. Adults now cost $2500 more as an attempt to crackdown on instant breeding by new players.

VI. I have finally implemented dinosaur contracts. At current, if you breed a dinosaur and you own it, you can apply a contract to it (this cannot be changed if up for bid). You'll be able to set the maximum amount of offspring this dinosaur is allowed to have throughout its lifespan. This is particularly useful if you want to restrict your lines, or are selling a dinosaur to someone you just might not trust NOT to overbreed it. This is only in effect for new dinosaurs bred in the game as of now, also.

So yes. I think that about covers it! *showers everyone with confetti*
Meeeheeehee
29 Comments
For anyone that didn't get it, yesterday was an April Fool's joke.

I am aware of the bug with images at the moment. o.o Apparently the library we use to build the images uninstalled itself from the server, so looking into it. Pah!
Chickenz.
74 Comments
So guys, I've been thinking about Exhibited and where I want to take it.. And honestly, dinosaurs just bore me now. :/ I want a realistic game and I can never have that with dinosaurs.

So.. I decided to make all of the dinosaurs evolve into chickens. Exhibited will become a chicken game, where we can battle, raise, breed and train virtual pet chickens.

The header image and chicken images are all placeholders at the moment, and soon I'll get them replaced with proper EX art.

I hope we all approve of the decision. :)

Also, the lab made a mistake today and an abomination escaped and is multiplying. The pteranodon is trying to clear them up, so you may have an egg land in your farm. If you do.. Don't hatch it! :O

Also, it's a new month. >.> So we have new club leaders, and a new monthly donation item - which is a sack of herbifertile. (You can use it to force a breeding from a herbivore herd. :D)

It's my birthday today, so as a present for all of you:

And click the button below to get a free sandwich of doom.

I will also be giving you back the modbox feature at some point today. It's been revamped to accomodate the new guru helper system. You'll see it on your sidebar when it reappears! :D
Utahraptors~
26 Comments
Utahraptors have had a makeover! :)

An example of their new image is below:

And I'm going to get started on coding a welcomer system. These will essentially be like newbie helper positions - so if you're interested, you should probably start making yourself known. The mods will have full control of the hiring/firing of these when they're done.
Updates~
4 Comments
Happy st. patrick's day everyone!

As usual, the plushie is restocking in the store.

Updates are slow on my end this week because I just moved house and everything is up in the air. XD But I'm still here. <3 Any major bugs, contact Herbal (#4) and she'll hit me up!
Roleplaying & Compies!
15 Comments
Because I'm actively playing Exhibited right now (Utahraptors wooooo!), I've gone through and fixed a few things that were ANNOYING. Spinosaurus!
40 Comments
You asked for it, and it's here!

You can transform your dinosaur into a Spinosaurus using this, which works like the T-Rex potion:

The following users have been given some Spinosaurus armor as I promised some people would be:

And for some minor notes, there's been a couple of changes. You'll probably have noticed the images on the login page (that look sooo much better! :)), the need to collect interest daily now from the bank, and the stats showing their base stats + how much the equipped items give them on top (to give you a better idea for breeding.)

I am considering switching the forum back over to HTML - could you let me know what you think? It may be easier than BBCode.

Over the course of today and tomorrow I'll be running some security checks and beefing up our security in general, so if a page goes down for a couple of seconds just refresh for a moment and it'll be back up shortly. :D
Some new herbivores!
14 Comments 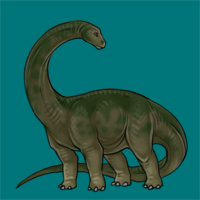 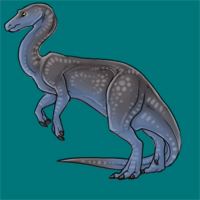 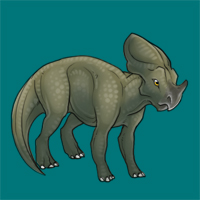 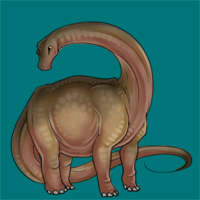 Just in time for the last day of breeding season. :D

New dice images. (The slight excess white will be removed.)

Healing pills have been revamped.

You can now delete all herbivore actions.

And you can disable certain dinosaurs from appearing in your breeding dropdown list if you don't want to accidently breed them. :D